Search through commonly asked questions on everything from how to safely whiten teeth, how to care for braces, and even where to go to try Crest products for yourself. 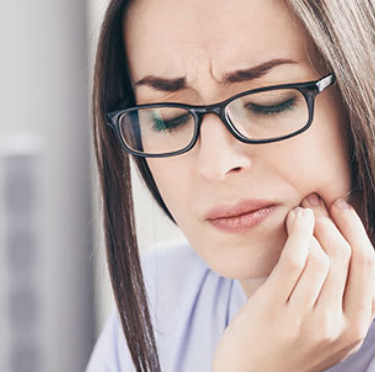 Stannous fluoride is an anti-bacterial agent that's clinically proven to protect against gingivitis, plaque and tooth sensitivity, while still providing the trusted cavity protection you expect from Crest. Although sodium fluoride protects against cavities, it doesn't provide protection from these other conditions. Crest Pro-Health Toothpaste is the only brand that offers such a wide range of benefits in just one tube! Crest Pro-Health toothpaste with stabilized stannous fluoride provides protection against cavities, gingivitis, plaque, sensitive teeth, tartar buildup and it freshens breath. And it whitens your teeth, too. Read More

Toothpaste comes in many forms. From a variety of flavors to fluctuating active ingredients across different brands, types, and care specifications, so it’s no surprise that toothpaste allergies can occur. Read More
Brushing our teeth is crucial to our oral hygiene, but does toothpaste expire and what are the implications of using expired toothpaste? Read More
Sensitive taste buds, small mouths, mint allergies, and simply not enjoying the flavor of mint are all reasons to look for a non-mint toothpaste. Find a Crest toothpaste that’s mint-free in flavor while still delivering the oral health benefits you expect. Read More
Tobacco products are harmful to your overall health. However, you can reduce the risk of developing gum disease and limit staining with the right smokers’ toothpaste and mouthwash. Read More
Yes. In fact, Crest Pro-Health Gel Toothpaste - Clean Mint, Crest Pro-Health Toothpaste - Clean Cinnamon, Crest Pro-Health Night Toothpaste, and Crest Pro-Health Whitening are the toothpastes that have received the ADA Seal of Acceptance for protecting against all these areas: cavities, gingivitis, plaque, sensitivity, stains and bad breath. They also help prevent tartar buildup and freshen breath. Read More
All fluorides are not created equal. Stannous fluoride is used in oral health care products to help prevent tooth decay and strengthen weakened enamel. However, it’s also unique among fluoride alternatives because it offers multiple benefits not found in sodium fluoride or sodium monofluorophosphate. When you add food and fluids to the saliva in your mouth, that equals fertile breeding grounds for the plaque bacteria needs to grow. That spells trouble for your tooth enamel. Fluoride in toothpaste is extremely effective at strengthening plaque-damaged enamel, so if you want strong teeth without cavities, it’s recommended you brush using a toothpaste with fluoride as an active ingredient. The most commonly used fluoride sources today are stannous fluoride, sodium fluoride, and sodium monofluorophosphate. But stannous fluoride has multiple benefits not available to other fluorides. Read More
In the early 1940s Procter & Gamble began a research program to find ingredients that, when added to a toothpaste, would reduce tooth decay. At that time, Americans developed an estimated 700 million cavities a year, making dental disease one of the most prevalent U.S. health problems. In 1950, Procter & Gamble formed a joint research project team headed by Dr. Joseph Muhler at Indiana University to develop and test a new toothpaste with fluoride. Eventual exciting results from a clinical study of this toothpaste indicated that children ages six to 16 showed an average 49% reduction in cavities, and adults showed tooth decay reduction to almost the same degree. Following the success of this study, Crest with Fluoristan toothpaste launched into a number of test markets in 1955, followed by national expansion in January, 1956. In 1960, the American Dental Association confirmed that Crest effectively prevents tooth decay. And by 1962, Crest had become the best-selling toothpaste in the United States. Crest has been a leader in dental health innovations since its inception in 1955. In 2005, Crest was thrilled to celebrate its 50th year of providing healthy, beautiful smiles to families across the country. Read More
All versions of Crest toothpaste contain Sodium Lauryl Sulfate (SLS). While we're aware of the rumors circulating on the internet, SLS/SLES is safe in consumer products when used as directed. These supposed safety concerns stem from some misquoted research and have no scientific basis. In fact, a search of scientific literature found nothing supporting these allegations. We've thoroughly tested our products to make sure they're safe. Read More
You may notice Crest Pro-Health Toothpaste feels a little different in your mouth. It is due to the presence of the ActivClean™ crystals. As you begin to brush, the ActivClean™ crystals immediately begin to dissolve to form a protective barrier that helps prevent stains from attaching to the tooth’s surface and helps prevent tartar buildup. Read More
Crest Pro-Health Toothpaste is uniquely formulated to provide protection against cavities, gingivitis, plaque, tooth sensitivity, tartar buildup, plus it freshens your breath. But it doesn't stop there. Crest Pro-Health Toothpaste also provides excellent whitening benefits too. Read More
A mineral-based material used for its texture and color, titanium dioxide is recognized as safe by the U.S. Food and Drug Administration. The ingredient can be found in food, cosmetics, and personal care items. Read More
Yes. We recommend using Crest 3D White Radiant Mint Toothpaste while you're whitening your teeth to help maintain your white smile. Read More
Toothpastes contain abrasives to help clean the surface of the teeth to better remove plaque buildup and prevent cavities. Usually gentle, these abrasives work hard as you brush to reveal a healthier smile without damaging your enamel. However, if you experience sensitivity pain or show signs of enamel loss, look for a low-abrasive or non-abrasive fluoride toothpaste. Read More
All Crest toothpaste versions are safe for use with dentures, caps, crowns, veneers and braces.
There are no salicylates in any US Crest version of toothpaste, but some formulations have methyl salicylate in their flavor systems. But formulas sometimes change, so be sure to check back once a year or so.
checkout.msg
×